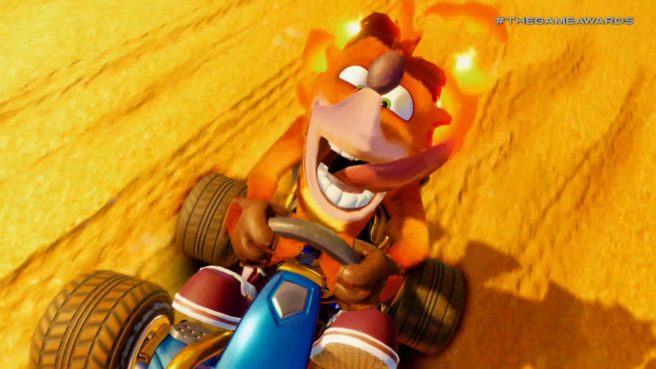 Below are the first details and trailer:

Crash is back in the driver’s seat! Get ready to go fur-throttle with Crash Team Racing Nitro-Fueled. It’s the authentic CTR experience, now fully-remastered and revved up to the max:

-Start your engines with the original game modes, characters, tracks, power-ups, weapons and controls
-Power slide to glory in additional karts and tracks from beyond the original game
-Race online with friends and Crash the competition with online leaderboards

With Crash Team Racing Nitro-Fueled, the stakes are high and the competition is fierce. It’s the CTR you love, now kicked into the highest gear.