Cricket 19: The Official Game of the Ashes launches May 28, digital-only on Switch 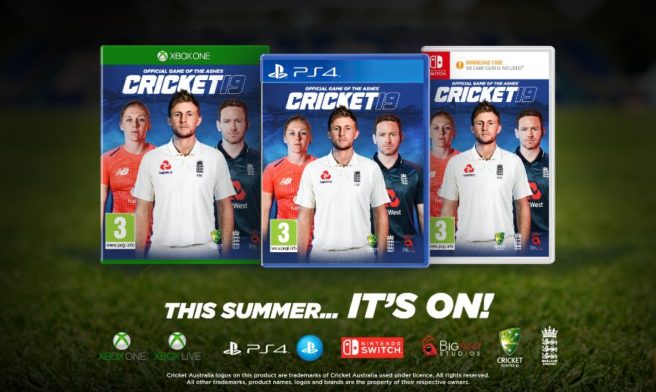 Big Ant Studios, along with with the England and Wales Cricket Board (ECB) and Maximum Games, have dated Cricket 19: The Official Game of the Ashes. It’ll be out around the world on May 28.

Just in time for the 2019 Ashes, fans will be able to play along with all the intense action that will take place throughout England and Wales this summer. Whether it’s guiding their team to Ashes victory or battling it out for ODI glory, every fan will be able to play cricket on their terms, the way they want to with Cricket 19.

As the Official Game of the Ashes, Cricket 19 features photo-realistic character models of all men’s and women’s players that will duke it out for the trophy. Additionally, there’s a full suite of gameplay modes, including the ever-popular career mode, now deeper and more narrative-driven, a world championship tournament, and the scenario mode, allowing you to recreate classic matches, and then share them online to challenge people to change history.

As shown with the image above, Cricket 19: The Official Game of the Ashes will not have a true physical release on Switch. Though it’ll be sold at retail, only a code will be included inside the box.