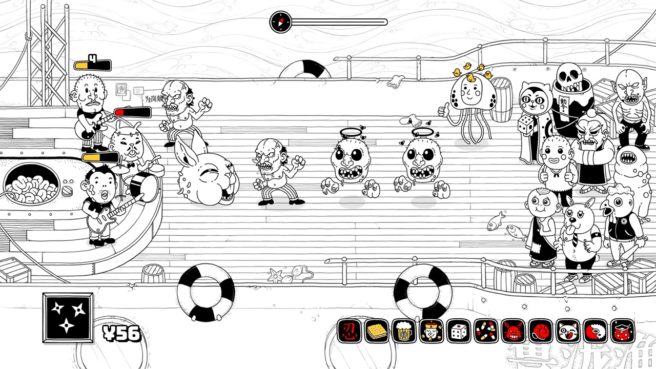 Publisher indienova and developer heran&99 have announced that the Cruel Bands Career is making its way to Switch this week. It’ll be available digitally via the eShop on August 6.

We have the following overview and trailer for Cruel Bands Career:

The three-man band is on a secret mission, the only thorn in their side being the constant stream of audience. Keep an eye on the mood of your band members and gain control of the situation by adjusting their on-stage positions and using their abilities.

As you progress, you must choose which abilities to upgrade, or when to sneak into a secret room for a nap or two. But your final goal remains the same, to explore an increasingly dangerous world.

– Several Selectable Characters: Each musician has their own unique abilities which can be used to deal with the detestable audience or the huge bosses.
– Performance Spectators: You unlock friends during your journey, and these friends play their part as they twist and turn in ways which they believe to be dance moves.

Cruel Bands Career will cost $3.99 on the Switch eShop. There’s a slight pre-order discount currently, bringing it down to $3.59.