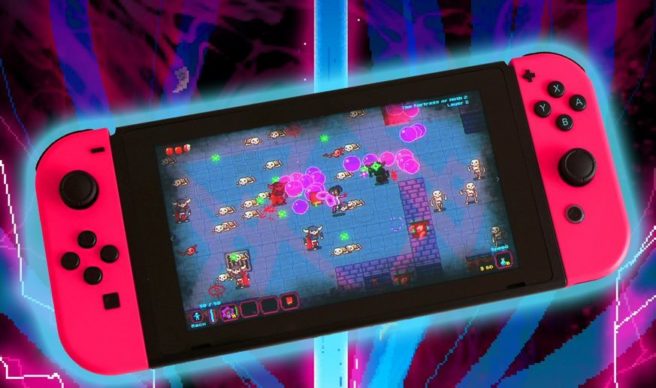 It didn’t receive a whole lot of attention, but Deathstate: Abyssal Edition released on Switch today. The roguelike bullet hell action RPG can be found on the eShop.

Here’s a brief overview of the game, along with a trailer:

Deathstate is a roguelike bullet hell action RPG set in a bizarre world of dimensional exploration. Play as a number of unique characters trying to discover the fate of Professor Elinberg who opened a portal to the void. Are you ready to venture deep into the abyss?