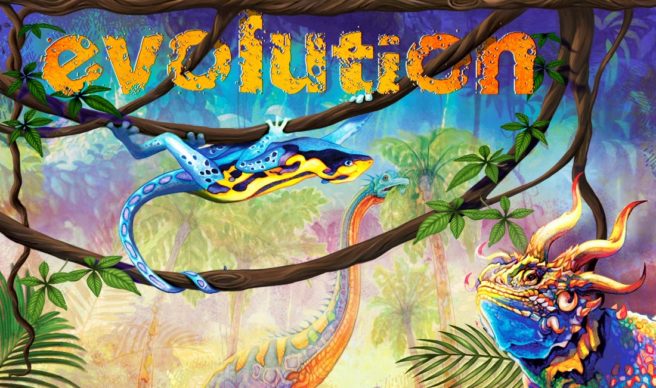 North Star Digital Studios today announced that Evolution, a turn-based digital tabletop game, is coming to Switch. A release is planned for early 2020.

We have the following overview and trailer for Evolution:

Since its launch, the Evolution game series has helped more than 3 million players make Charles Darwin proud. The development team at North Star continues to add new features to the game to prepare for the Switch, with the introduction of monthly multiplayer tournaments, pass and play, and now singleplayer challenges and asynchronous multiplayer have just entered beta.

In Evolution, players selectively develop a species to survive the harsh realities of the natural world. Start from humble beginnings with an intuitive learn-while-playing tutorial and decide what traits would benefit the creatures most. Are they at risk of being eaten by predators? Horns or a Hard Shell may provide protection. Not finding enough food on each turn? The Long Neck trait makes previously inaccessible food a valuable resource.

Tinker with the nigh-infinite amount of genetic combinations while enjoying new artwork, animations, and a campaign mode with enemy A.I. bosses. Take these epic battles for survival on-the-go with the flexibility of the Nintendo Switch. Pass and play multiplayer means a whole room of friends can try their hands at building the most capable species.

For those who prefer online play, evolve on the go with cross-platform multiplayer offering opponents from around the world. Combined with a skill-based matchmaking system, fast-paced, balanced competitions are always available.