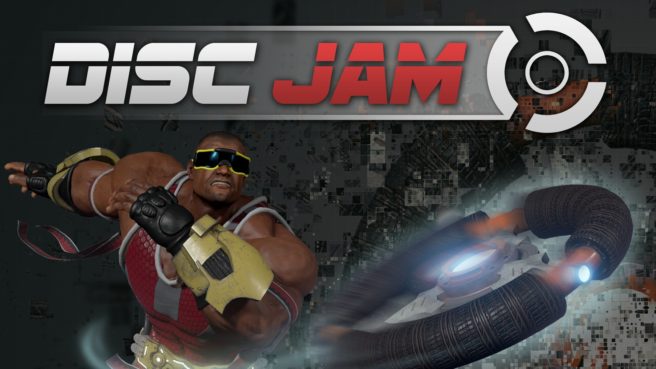 High Horse Entertainment has officially announced that Disc Jam is hitting Switch on February 8. It’ll have some new features, too.

On Switch, Disc Jam will offer cross-platform play with the PC version. Local wireless with up to three other nearby systems is also supported.

The Switch release will also be accompanied by an update for other platforms comprised of new features and content, which should be included on Nintendo’s console. Find all of the relevant information and a Switch teaser below.

Debuting alongside the Nintendo Switch console launch on all platforms, the game is also getting a massive title update, bringing a whole host of community-requested features to the arena. Joining the game’s roster of characters, South American volleyball player Lannie is set to make her mark on the arena as a perfect balance between power and agility.

The update will also unleash two brand new modes, providing even more ways for competitive and solo players to jam. On the competitive side of things, say hello to Ranked Leagues and Seasons. Do you have what it takes to rise through the ranks of the Universal Federation of Disc and join the Elite? Soon enough, you’ll have your chance to prove it. Then, for players who prefer to fly solo, get ready to experience all the heated action of ranked leagues without the pressures of online play in a gauntlet that will test even the most seasoned Disc Jam veterans. More details on all the goodies coming in February’s update will be landing in the coming weeks, so stay tuned!

If this is your first time hearing about Disc Jam, here’s the gist. Players pick from a growing roster of colourful characters, each sporting their own style and abilities, as they compete in a fast-paced action sport that’s like air hockey and tennis combined. Throw, catch and lob the glowing disc at your opponents, defend your end zone, and unleash devastating abilities to gain the upper hand – all in search of multiplayer dominance.