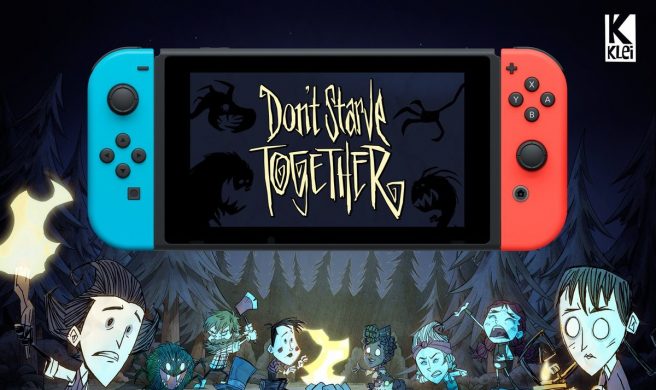 Don’t Starve Together has been given a release date on Switch after it was announced for the system last December. It will arrive on April 12, Klei Entertainment confirmed today.

Klei also revealed that a new shared unlocks feature will be made available in the game. Players will be able to share unlocked skins, drops, characters, plant registry, crockpot recipes, and Klei Rewards between Switch, Xbox One, WeGame, and Steam. It’ll all work through Klei Accounts, and more information will follow soon. Players will be able to merge multiple platform accounts onto a single Klei Account and seamlessly use items on everything connected.

Here’s some information about Don’t Starve Together ahead of its Switch debut:

Don’t Starve Together is the standalone multiplayer expansion of the uncompromising wilderness survival game, Don’t Starve.

Enter a strange and unexplored world full of strange creatures, dangers, and surprises. Gather resources to craft items and structures that match your survival style. Play your way as you unravel the mysteries of this strange land.

Cooperate with your friends in a private game, or take your chances with strangers online. Work with other players to survive the harsh environment, or strike out on your own.

Do whatever it takes, but most importantly, Don’t Starve.