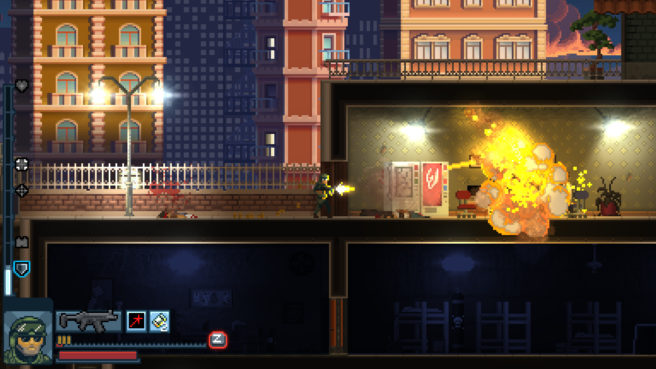 Door Kickers: Action Squad looks to be heading to Switch. When asked about a possible release on the platform, the team indicated that it will “certainly” release there.

In Door Kickers: Action Squad, you’ll take on the role of a SWAT trooper. The game plays out as a side-scrolling shooting action title.

Door Kickers: Action Squad is an old school side scroller action game that puts you in the role of a SWAT trooper and sends you to deal with bad guys in various locales of Nowhere City USA.

Chose your gear wisely then kick the doors down and face the outlaws. Master weapons recoil and time your reloads, use distance and cover to your advantage and, most importantly, know your enemy and deal with him accordingly.

And when it gets too hard, bring over a friend to help.