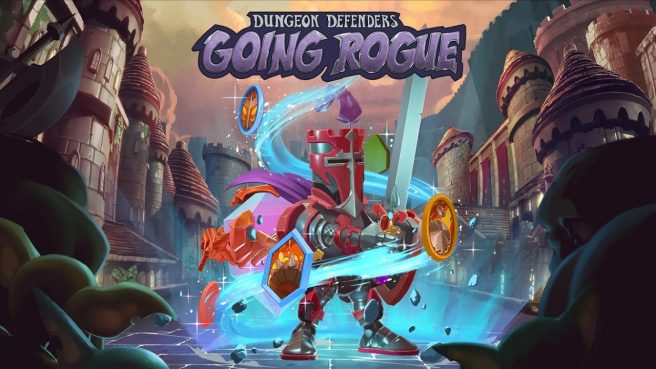 We have more information about Dungeon Defenders: Going Rogue below.

Suit up for battle once again to defend the Eternia Crystal from swarms of vicious creatures. Dungeons continue to fester as cruel and unforgiving places where one misstep can cost any Defender their life, and more importantly, their loot! Think fast and make use of randomly rolled runes to tear through hordes of orcs, goblins, dragons, and other fierce fiends. Heal up with life-preserving items and keep damage low before facing three progressively stronger bosses.

Experiment between four iconic characters, Squire, Huntress, Apprentice, and Monk, featuring individualized attacks, abilities, and towers at the start of each adventure. Secure ever-improving gear from fallen enemies, testing new build combinations to create the most lethal arsenal with weapon, off-hands, and two towers (including the near-infinite combination of runes). Improve run after run, battling across more than 20 different maps including fortresses, castle rooftops, forests, deserts, and more. Take on the challenge of going at it alone or with a team of up to four fellow Rogue Defenders in online co-op.

And here’s a trailer for Dungeon Defenders: Going Rogue:

Dungeon Defenders: Going Rogue is planned for Switch and will arrive at a later date with other console versions. Chromatic Games hasn’t provided any sort of release window, but we’ll keep you updated about availability.