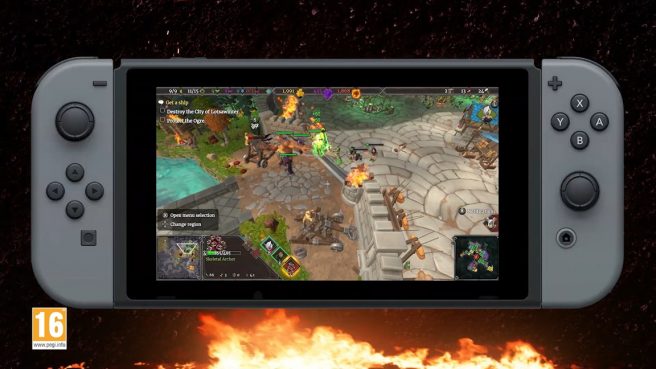 The dungeon-building sim Dungeons 3: Nintendo Switch Edition will be released in a couple of months, publisher Kalypso Media and developer Realmforge Studios announced today. It’s slated for September 15, 2022 on the console.

The game is the same experience that can be found on other platforms, though now fans can play it either on a TV or portably. The Once Upon a Time, Evil of the Caribbean, and Lord of the Kings expansion packs are included.

The Absolute Evil has successfully united the forces of evil and established the roots of his dark empire as they continue their quest to defeat the overworld once and for all. After enticing Thalya, the dark elf priestess to become his chief lieutenant on the front-line, The Absolute Evil can continue his diabolic plan from the confines of his underground lair.

Players can unleash the wickedness within as they create their own unique underground dungeon from a huge array of rooms, traps and structures. Raise a terrifying army in the quest to defeat the overworld and choose from orcs, succubae, zombies and many other deeply despicable creatures. Then, set foot upon the light of the overworld where you will cast darkness and corruption across the land! Ready for even more evil?

Find the first trailer for Dungeons 3: Nintendo Switch Edition below.

Dungeons 3: Nintendo Switch Edition will be sold both physically and digitally on Switch. Pre-orders are currently open on Amazon here.