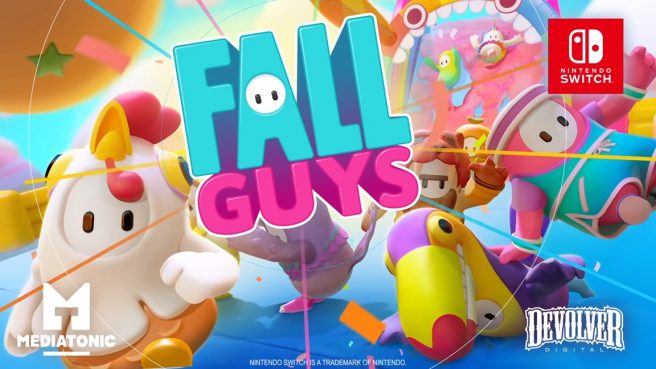 At the end of April, Mediatonic delayed the Switch version of Fall Guys to an unspecified date. Some had hoped that we’d be seeing it land on the console along with Season 6, but unfortunately, that won’t be happening.

Fall Guys was previously planned for a Summer 2021 launch on Switch after it was announced in a February 2021 Nintendo Direct. Mediatonic explained that the extra time would allow the team to “add features like crossplay”.

For those that need a refresher on Fall Guys, check out the following overview:

Fall Guys: Ultimate Knockout flings hordes of contestants together online in a wild dash through round after round of escalating chaos until one victor remains! Battle bizarre obstacles, shove through unruly competitors, and overcome the unbending laws of physics as you stumble towards greatness. Leave your dignity at the door and prepare for hilarious failure in your quest to claim the crown!

Competitive & Cooperative: Tumble between competitive free-for-alls and cooperative challenges—or take on the Blunderdome with friends in Squads mode!