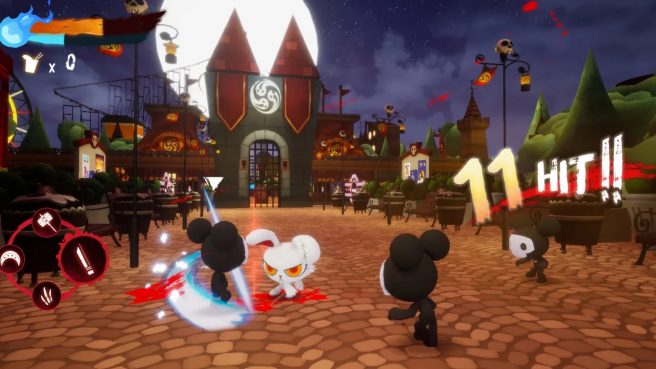 The fast-paced hack-and-slash action title Bloody Bunny: The Game is coming soon to Switch, DigiPen Game Studios and Quantum Peaks have announced. A release is planned for March 11.

Here’s an overview of Bloody Bunny: The Game, along with a trailer:

Bloody Bunny, The Game is a fast-paced hack-and-slash action title where you play as Bloody Bunny, a vengeful knife-wielding girl who is trapped in the body of a bunny doll. Bloody Bunny awakens in a post-apocalyptic world where humans have been turned into dolls by an evil, nameless organization. While all other dolls have lost their memories and identities, Bloody Bunny awakens with hers and is horrified to realize that her little sister, Mumu, has also been turned into a doll. She sets out to destroy her malevolent creator while killing anyone who gets in her way.

Bloody Bunny: The Game will cost $9.99 on the Switch eShop. If you’re interested in pre-ordering the title, you can do so now.