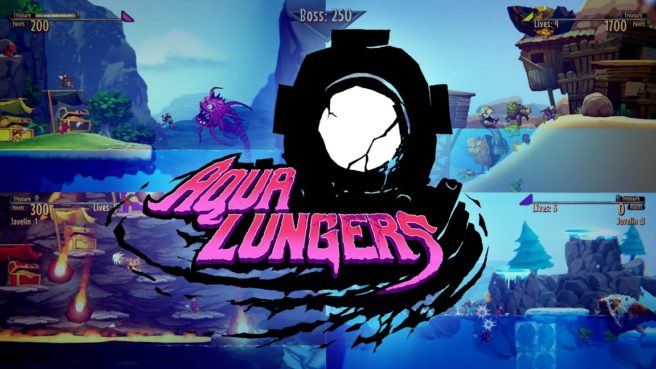 Those looking for a new type of platformer may be interested in Aqua Lungers. The competitive game, which involves racing through stages, dealing with enemies, and collecting treasure, is scheduled to launch on Switch next week.

Race your way through challenging stages while contending with deadly creatures and dastardly opponents to collect the most treasure.

While everyone’s goal is the same, each player is afforded several options to get an edge over their competitors. Players can use their speed and agility to outpace and evade their opponents, while others might use devastating attacks to slow them down and steal their hard earned goods.

If you’re the type that prefers the solo experience or wants to get some experience in before challenging your friends, fear not! Aqua Lungers can be played with as few as 1 player! In single player, Aqua Lungers retains the gold collecting mechanic while increasing the penalty for deaths in each level. This shifts the challenge from PvP racing to PvE survival!