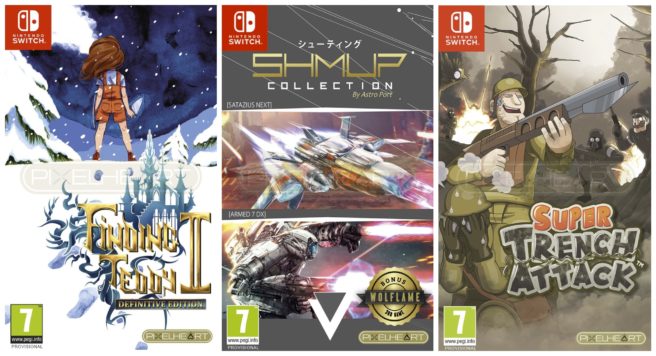 A pair of new Switch releases have been announced for Switch. Finding Teddy II, along with SHMUP Collection, are both bound for Nintendo’s console and will be sold physically.

Pixel Heart will be selling physical versions of Finding Teddy II and SHMUP Collection in the first half of 2020. The recently-released Super Trench Attack will be getting a boxed copy as well. Everything will priced at €30 each.