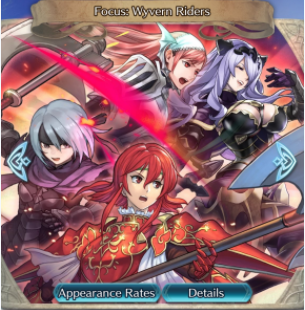 A new Voting Gauntlet for Fire Emblem Heroes will be starting on April 5, and it will feature, as expected, Wyvern Riders vs. Pegasus Riders. The Gauntlet will run until April 10. Team Wyvern Riders is represented by Cherche, Camilla, Beruka, and Minerva, while the Pegasus Knights are Hinoka, Subaki, Cordelia, and Palla. For the most part, the rules are the same as the last Voting Gauntlet. The only changes are that there will be different Special Quests starting on the second and final voting rounds, and the reward amounts will also be different.