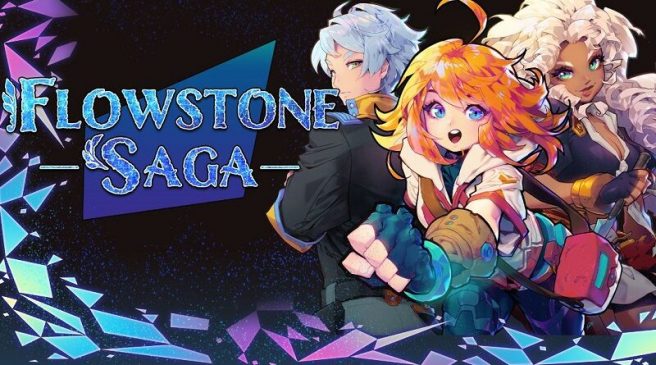 It has been some time since we heard from Flowstone Saga, which was successfully funded via Kickstarter and was previously expected to release on Switch via the eShop in Summer 2022. Developer Impact Gameworks have confirmed that the game is still coming to Switch, but will now release sometime in 2023.

Here’s an overview of the game, as well as a new trailer that has come from the Steam Next Fest:

Play as a spunky heroine as she builds her party and home – finding her place in the world. With an innovative twist on combat, Flowstone Saga allows players to choose at will between turn-based and real-time combat – skillfully making use of puzzle mechanics to shake things up. Tactical thinking triumphs over pirates, giant beetles, and at least ONE axolotl! Fans of classic SNES and PlayStation RPGs will feel right at home as they explore, build, fight, and cast their way through the mysterious world of Ocean’s End.

Gorgeous pixel art with painstakingly handcrafted areas sprawling across multiple biomes
An epic story grand in scope, but with plenty of heart and charm
Designed with accessibility in mind – with multiple difficulty options and a turn-based “Hold” mode
Improve, expand, and decorate the hub town of New Riverstone, helping its citizens and making it your own
Lots of ways to create unique battle strategies and express yourself: equipment customization, perk trees, job system, and more

Flowstone Saga will release on Switch via the eShop in 2023. We’ll let you know when a release date is announced.