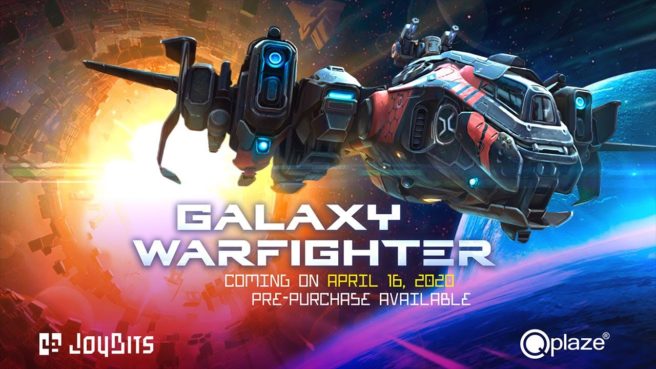 Publisher JoyBits and developer Qplaze Studio today announced that the space shoot ’em up game Galaxy Warfighter will soon be reaching Switch. A release is planned for April 16, where it will be sold on the eShop.

Taking its roots from the classic games in the shoot’em up genre, Galaxy Warfighter conveys the old ideas in a new way. Piloting your fighter ship, you have to fight hordes of enemies with unpredictable strategies and attack schemes.

Well, and if you think that the usual enemies are too easy, Galaxy Warfighter will put you face to face with the ruthless bosses. You should not underestimate them!

Galaxy Warfighter can be pre-loaded on the Switch eShop starting today with a 30 percent discout.