Games we want to see on the 3DS Virtual Console

At Nintendo’s press conference about the 3DS a few weeks back, they revealed a Virtual Console for the new handheld not unlike the one on the Wii, but allowing for Game Boy and Game Boy Color games to be downloaded. My mind boggled at the possibilities. With only two games announced for the service so far (Super Mario Land and The Legend of Zelda: Link’s Awakening DX) here are just a few of the other games that absolutely need to be made available on the 3DS. There are no Game Boy Advance games on this list – only Game Boy and Game Boy Color. I’m sure GBA games will be on the Virtual Console eventually, but I chose to keep them off the list because I could write thousand-word entries about how great Drill Dozer and Sonic Pinball Party are and no one wants to read that. Nope, you’d rather read about…

Metroid II: The Return of Samus

Metroid II deserves to see a rerelease on the 3DS Virtual Console purely because it hasn’t seen an (official) update for almost two decades. Metroid II’s bland black and white environments can’t exactly hold a candle to Super Metroid, or even the original game, but Metroid II is still an interesting chapter in the Metroid series that is worth revisiting. Samus’ mission in this portable sequel was to exterminate all the Metroids on the planet SR388, with a counter down the bottom of the screen showing how many were still alive. This quest for genocide resulted in a much less linear game that other titles in the Metroid series, and introduced us to some of Samus’ more interesting upgrades like the Spider Ball and the Plasma Beam. Come on, Nintendo. At least let us play Metroid II to find out where the baby Metroid from Super Metroid actually came from.

Some of you might have played this game’s sequel —X-Scape or 3D Space Tank— that was recently released for DSiWare. Most of you probably didn’t.

Released only in Japan back in 1992, X let you pilot a spaceship around and shoot lasers at various wireframe things. To be honest, I’m not entirely sure how the game works seeing as though it’s Japanese-only and very heavy on the text. All the more reason to give it a translation and a western release. X was one of only a few Game Boy games that used 3D graphics, and was a hell of a lot more memorable than Faceball 2000. Sure, the wireframe graphics look a bit rough now, but things like the game’s many “tunnel scenes” could look great if given the full 3D treatment on the 3DS. Top it off with an excellent soundtrack by Kazumi Totaka (including the first known instance of the hidden Totaka’s Song) and you’ve got a game that’s begging to be included on the 3DS’s Virtual Console.

It might be a good idea to get rid of the Japanese text first, though.

I’m assuming everyone reading this is pretty familiar with the games Shigeru Miyamoto designed. You’ve all no doubt played Super Mario Bros., The Legend of Zelda and Pikmin, right? How about Mole Mania? Yep, back in 1996 Miyamoto produced a cute puzzle platformer about a mole named Muddy who dug paths and stole cabbages. It was a bigger flop than Wii Music. That’s not to say it was a bad game – Mole Mania just slipped completely under the radar. And that’s why we haven’t seen Muddy for over a decade. I think it’s about time Mole Mania was given another chance and releasing it on the Virtual Console could let people play this great game they missed the first time around.

Shantae was released for the Game Boy Color in 2002; way after the Game Boy Advance had hit the market. That’s why no one really noticed it. It’s a shame that Shantae was doomed to fade into obscurity, because the game’s titular character was pretty darn cool. She was a spunky half-genie who could whip enemies with her hair and transform into different creatures including an elephant, monkey and spider. Thankfully for Shantae, she finally got a sequel with the recent Shantae: Risky’s Revenge on DSiWare. That said, with the sequel out now it’d be nice to check out the original without scouring Ebay for pricey copies. 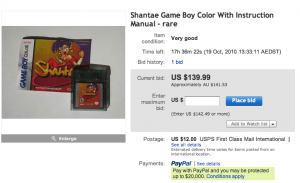 This Game Boy Color version of Metal Gear Solid isn’t a remake of the Playstation game, but instead serves as an alternate sequel to the original Metal Gear with the same top-down view as the MSX and NES games. Best of all, there’s no hour-long cutscenes – just pure Metal Gear action. There’s a reason why this game currently holds the #13 spot on review averaging website, Gamerankings (just between Super Mario 64 and The Orange Box), and it’s because of that reason we want to see the Game Boy Color Metal Gear Solid on the 3DS. It’s fantastic.

Kid Icarus: Of Myths and Monsters

So the Kid Icarus franchise (if it can even be called that) is finally getting a new title for the 3DS – Kid Icarus: Uprising. Why should anyone born within the last eighteen years care? If Nintendo wants to make people interested in Kid Icarus again, it makes sense that a new generation of gamers should be introduced to the original adventures of Pit. Unfortunately, the original Kid Icarus sucks. It’s frustrating, repetitive, and overall not that fun. Oh, and writing down a new password every time you get a tiny bit further than your last attempt gets old fast. 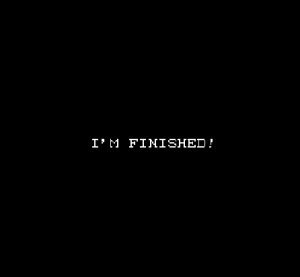 Kid Icarus: Of Myths and Monsters, on the other hand, is a much better game and should serve as a more suitable introduction to the series than the original. It’s fairer, actually allows you to save, still has catchy music, and that’s why it should be on the Virtual Console.

Gargoyle’s Quest is a platformer that lets you play as Firebrand, that red jerk who flies around and kicks your ass in Ghosts and Goblins. Naturally he’s not as tough once you’re actually controlling him, but he can still breath fire, fly around and perform other neat gargoyle party tricks. Though it’s a spin-off of Ghosts and Goblins, the game plays a bit differently – on top of the 2D platformer segments, there’s an overworld map complete with random encounters. Differences aside, Gargoyle’s Quest is still tough as nails. It’d be great to be able to play it on the Virtual Console without needing to enter a password in every time Firebrand bites the dust.

Why Pokemon Pinball over any actual Pokemon game, you ask? They were what helped sell so many Game Boys, after all. Time hasn’t exactly been kind to Pokemon Red, Blue and Yellow and so —even with all my nostalgia for the first generation games— I’d rather wait for a GBA Virtual Console with Pokemon FireRed and LeafGreen than play the originals. Besides, how are you supposed to get all the Pokemon if you can’t trade between versions?

Gen I sprites sure are ugly. Geodude looks like a face covered in tumors.

Pokemon Pinball, on the other hand, still holds up fairly well. It kept all the Pokemon catching and evolving of the main series and was an excellent pinball game to boot – even if the ball physics were a bit odd. Sure, it only allows you to catch the original 151 Pokemon, and there’s no way to emulate the rumble pack that came with the cartridge, but Pokemon Pinball is one of, if not the best Pokemon spinoff games and well worth playing to catch ‘em all over again.

No, not THAT Final Fantasy: Mystic Quest. Final Fantasy Adventure was an early action RPG on the Game Boy that ended up being the first game in the Seiken Densetsu (or “Mana”) series. Unlike the other games on this list, Final Fantasy Adventure did actually get a fairly recent remake – Sword of Mana on the Game Boy Advance. Though Sword of Mana was a decent RPG, I felt it stripped out a lot of the original game’s sense of adventure and replaced it with a series of dialogue boxes. 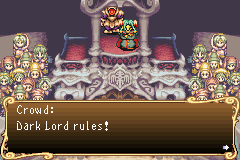 How could he not rule with a name like “Dark Lord?”

Screw Sword of Mana, Final Fantasy Adventure is the game I’d rather play on the 3DS’s Virtual Console – in all its monochromatic glory.

What games do you want to see on the Nintendo 3DS’s Virtual Console? Leave us a comment!