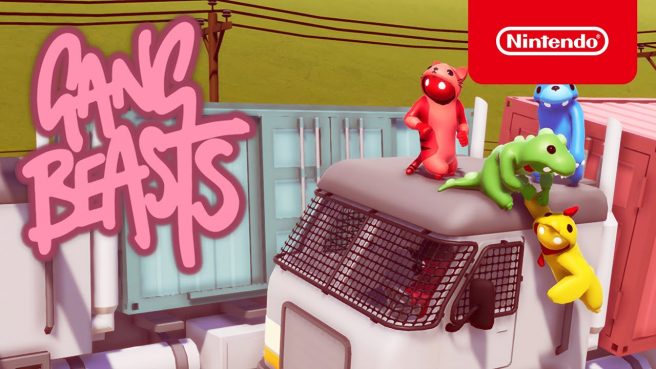 Gang Beasts won’t just be a digital title on Switch as Boneloaf, in partnership with Skybound Games, has confirmed that there will be a physical version as well. Copies will include a randomized and exclusive collectible sticker sheet.

Gang Beasts will initially debut digitally next week, October 7. The physical edition is lined up for December 7.

When Gang Beasts comes to Switch, it will support local wireless play. The game has 21 stages, costume customization, and online and local multiplayer.

Boneloaf first expressed interest in a Switch version of Gang Beasts way back in 2017. During the most recent Indie World Showcase, it was finally announced for the console.