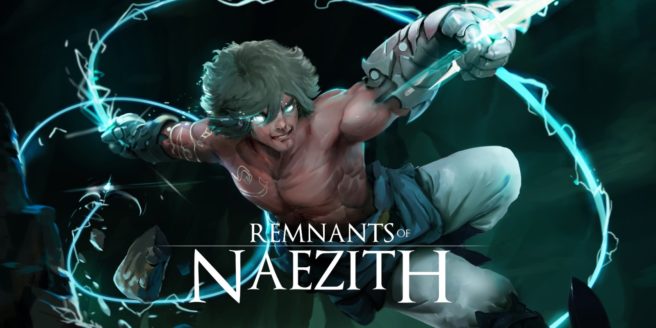 Yesterday, Tolga Ay’s precision-platformer Remnants of Naezith released on Switch without much of a notice. It’s out now digitally despite not being mentioned in the latest Nintendo Download report.

The hook of Remnants of Naezith involves using a grappling hook to get around the different levels. Tolga says the game “focuses on having freedom of movement, solid character control and not having any speed limitations.”

Feel the acceleration in this fast-paced grappling hook platformer, Remnants of Naezith.

It focuses on having freedom of movement, solid character control and not having any speed limitations. The fun of swinging with grappling hooks and the amazing feel of acceleration makes a great combination in this game.

You play as Kayra, a human who shares his body with the soul of Naezith, the ancient thunder dragon. With the powers granted to him by the dragon, Kayra will destroy the Remnants of Naezith, enchanted fragments of the dragon’s body, to prevent anyone from exploiting their power for evil.

LEVEL SELECTION
Proceed through four chapters with 20 branching levels in each.

GLOBAL RANKINGS
Get a badge depending on your overall performance and compete worldwide.

GHOSTS
Race against other people’s best times or your own.

SPEEDRUN MODE
Try going through the entire game or a specific chapter as fast as possible.

CUSTOM LEVELS
Explore the countless levels made by the community and design your own.

Pricing for Remnants of Naezith is set at $9.99.