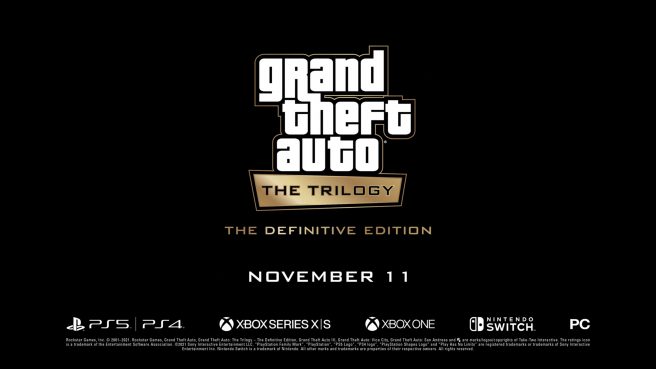 For those that have missed our previous coverage, check out the following overview:

Watch the first trailer for GTA: The Trilogy – The Definitive Edition below.

GTA: The Trilogy – The Definitive Edition launches for Switch on November 11.