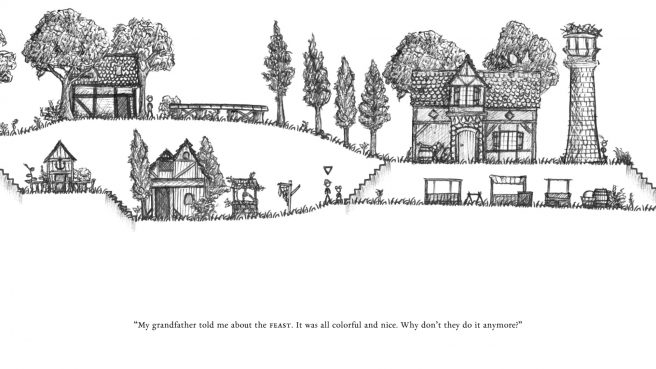 Flynn’s Arcade will publish the hand-drawn adventure game A Winding Path on Switch next month, the company has announced. It will be available on October 27, 2022.

Three Eyed Games originally released the title on PC last August. Continue on below for an official overview with more details.

A Winding Path is a hand-drawn adventure game about finding the beauty of the world and enjoying the little things.

In a whimsical fantasy world, the rain has ceased to fall. The rivers are running low and the crops have withered. Seeking to uncover the elemental mystery, you find an enchanted lyre and set out on a magical journey to restore balance to the world.

Get a look at a trailer for A Winding Path below.