Headland out on Switch next week 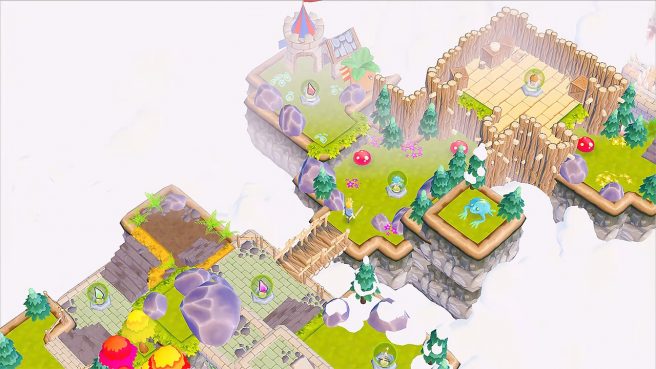 Northplay today announced a final release date for the Switch version of Headland, its colorful action adventure game. It will launch on January 13.

Headland was first announced for Switch in June 2021. It was originally planned for last year, but Northplay missed out on that target by just a bit.

A powerful force has destroyed the Imagination Core inside Nor’s Headland, stealing away the color and inspiration from his world. Now he must journey into the lush fantasy of his imagination to fight monsters and gather the scattered fragments of his creativity.

As you explore the grassy meadows, deep caves and dark castles of Headland’s dreamlike world, you will encounter a host of monsters to be defeated using Nor’s trusty sword and quick reflexes in an adventure full of varied challenges for you to overcome on your path to unlocking the full power of Nor’s imagination.

To help you succeed on your quest, you’ll want to collect as many resources as you can while exploring. New weapons can be unlocked in arenas and then upgraded using the resources you’ve gathered, giving you the power to define your own playstyle as part of a satisfying loop of resource gathering, upgrading, and equipping new tools to try out.

Headland delivers all this in a vivid and magical world brought to life through it’s engaging story and a delightful cast of new robot friends that you can meet during your journey. Together with Nor and his robot buddies, help uncover the mysteries behind the dark force in order to rebuild the Imagination Core and save Headland!

We have a trailer for Headland on Switch below.

Northplay’s Michael Flarup says the team “added a bunch of new content and features that set it apart from the mobile game and tailor it to the Switch audience.” It’s said to be “a perfect fit for the platform” and the company “can’t wait to open the gates to the magical world we’ve built for Switch players in this fun action adventure next week!”