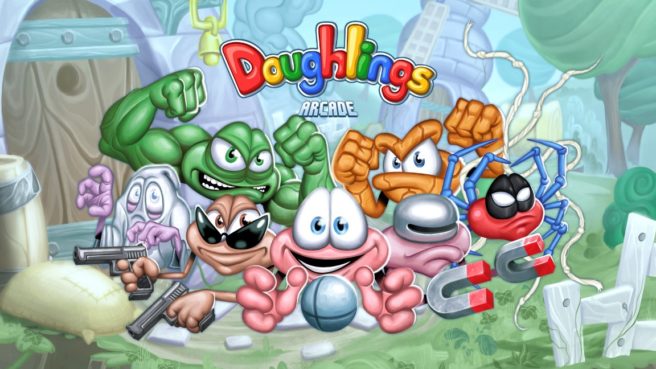 Hero Concept has announced that it will be bringing the new title Doughlings: Arcade to Switch. A release date hasn’t been determined just yet, but it’s planned for Q2, so we should be seeing it in the near future.

Doughlings: Arcade is the latest take on breakout gameplay with its own features and mechanics. You’ll be able to take on 90 levels, play as various characters with their own superpowers, create levels, and more.

Doughlings brings unique gameplay mechanics through its interesting characters and the world while combining together the best that all known Arkanoid games have to offer, polished with a modern look and design.

Features
• Classic breakout gameplay with new mechanics.
• 7 different characters with unique superpowers.
• Special abilities to unlock for each character to help you along your journey.
• 90 levels to play and challenge your skills.
• Lots of different targets to face and destroy.
• Create your own levels with the level editor.
• Dozens of achievements to complete.
• Official soundtrack created by Başar Ünder