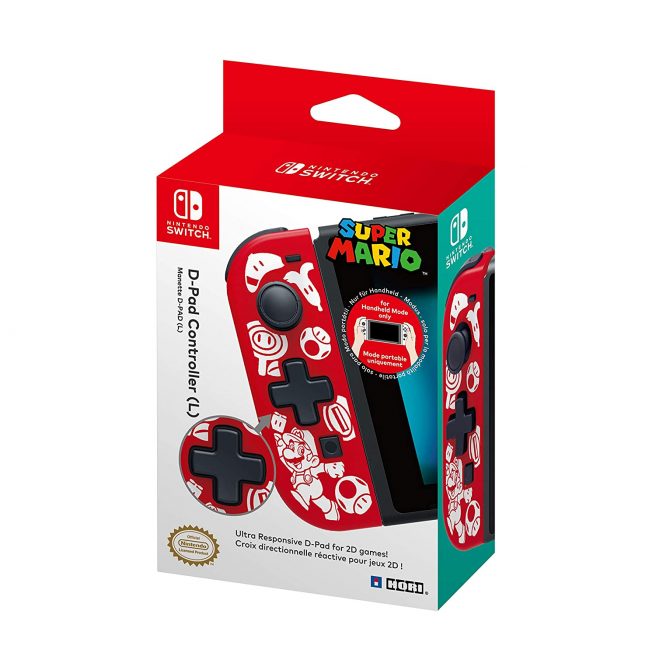 HORI has previously released Switch d-pad controllers, but the company has a new one in store. An Amazon listing reveals the latest Super Mario-themed design.

Here’s the official product description, along with photos: