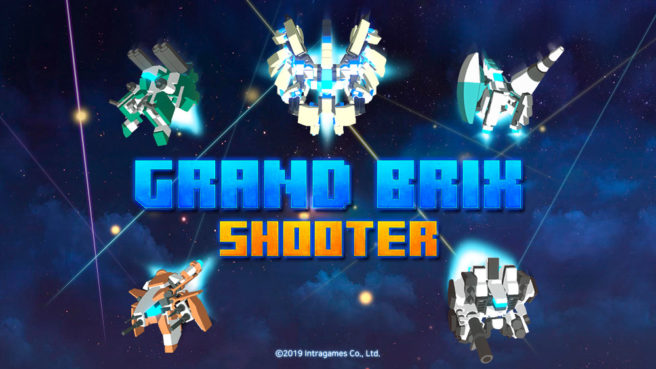 Intragames will publish the hyper arcade shoot ’em up Grand Brix Shooter on Switch this month, the company has announced. It’ll be out globally on August 29.

We have the following overview and trailer for Grand Brix Shooter:

Grand Brix Shooter, is a bullet-hell fusion shooter to survive from the waves of enemy’s attack. It shows great characteristics of arcade game feature which highlights in bullet patterns with delicate control. It also has a special feature, “the Fusion System”, the original unit combines randomly-appearing aircrafts. This feature would require strategies as well as luck to all the players.

There are 10+ playable aircrafts with its own unique skills. In addition, crystals can be obtained after destroying the enemy and this helps the player to upgrade the player’s aircraft attack skill up to level 3. Once the unit is powered up, the overall performance and the appearance are enhanced giving players higher chances to survive on the stage. Secret units with massive power can be unlocked through achieving the quests and this makes easier to win the colossal bosses.