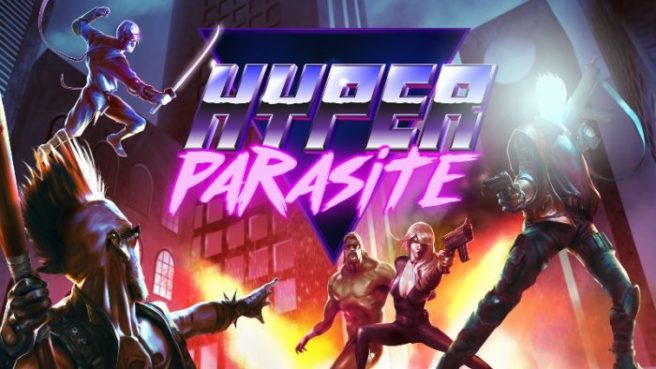 Troglobytes Games and Hound Picked Games have dated the twin-stick rogue-lite HyperParasite for Switch. It will launch digitally via the eShop on April 3.

We have the following overview and trailer for HyperParasite:

HyperParasite is a fresh take on the twin-stick shooter, offers incredibly slick fast-paced action, responsive controls and has more mullets than you can shake a pink neon sock at.

With 60 classes of host, each of which can be snatched and controlled, to take advantage of their unique skills and weaponry. Laced with comedy, a bodacious synth-wave soundtrack and rad retro visuals that drags the player kicking and screaming back to the 80s! HyperParasite is a game full of outrageous and rip-roaring brawling action that throws down the fingerless glove to its challengers.

– A unique twist on the genre; jump from one host body to another
– Over 60 (SIXTY!) different characters to control as host bodies
– A unique retro 3D-pixelated aesthetic
– Survive 5 acts of procedurally generated, grungy looking levels where secrets are hidden around every dark corner… tentacles too.
– Trouble loves company! Bring a mate and deliver twice the carnage in local co-op mode
– Original beats served by Van Reeves and Joe Kataldo, delivering a thumping score with a pulsating synthwave bassline, punctuating every snatch and kill