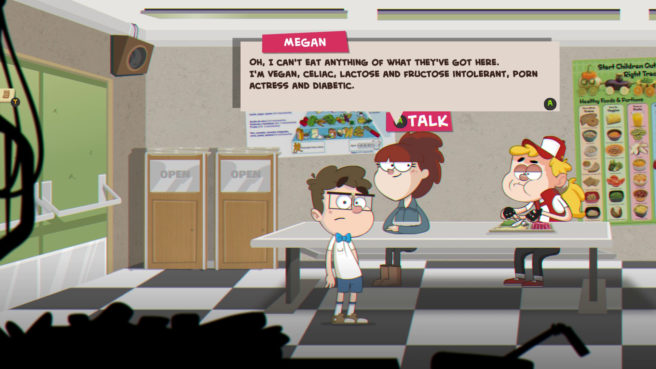 Earlier this week, JanduSoft opened a Kickstarter for Indiecalypse. The studio hoped to fund its “dark humor videogame about an indie team”, and has successfully managed to do so in just a couple of days. The $15,000 target has already been met, securing a Switch release in the process.

Here’s some additional information plus a trailer for Indiecalypse:

Three stories, three outcasts, three nerds… and a single destiny: to make the best video game ever. This is the basic premise of Indiecalypse, JanduSoft’s upcoming release, sadly based on actual events. Indiecalypse depicts the crude reality of indie game developers and their struggles to get their s*** together when it comes to releasing a video game.

Three misfits team up to design and produce their own indie game, finding themselves in a path of chaos, self-destruction and resentment. But there’s also space for crude humor, pop culture references, gratuitous and non-gratuitous violence… and fear. Fear of the dozens of lawsuits for copyright infringement, obscenity and profanity we’ll have to face if the game is finally published

You can contribute to the Indiecalypse Kickstarter here to help achieve some stretch goals.