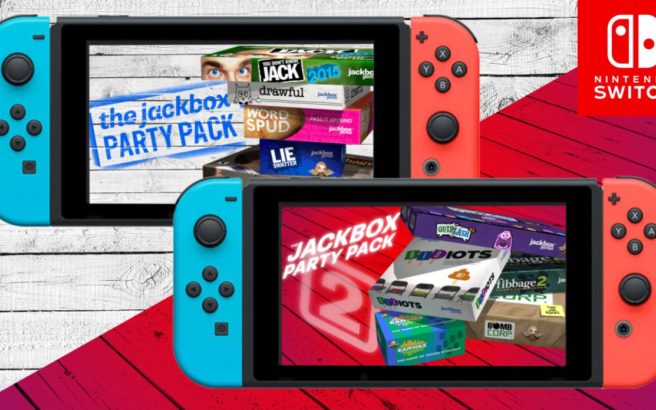 The first two entries in The Jackbox Party Pack series aren’t too far off from reaching Switch. Both will be heading to the eShop on August 17, Jackbox Games has announced.

The full announcement from Jackbox Games is posted below.

It took a little longer than we had hoped, but we did it!

Finally you will be able to grab a Nintendo Switch and play all of your favorites, including YOU DON’T KNOW JACK 2015, Drawful, Fibbage 2, Earwax, Bomb Corp, and, yes, even Word Spud. Hours and hours of Word Spud.

What’s that? Still not enough? Wow. Okay. Hmmm. How about this: The Jackbox Party Pack 4 will join the rest of the series on Nintendo Switch this fall.

Note to self: Maybe we shouldn’t burn everything.