Kaet Must Die! planned for Switch 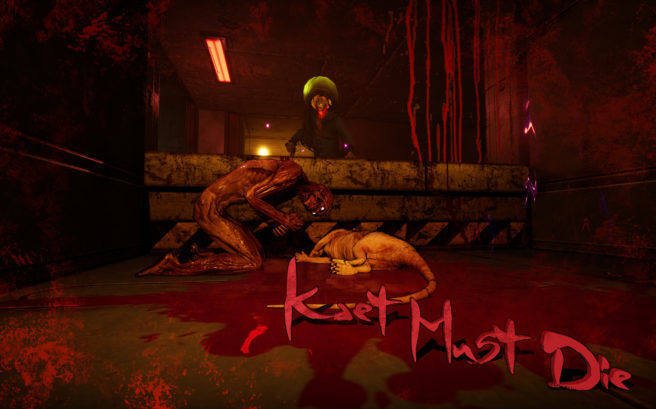 Kaet Must Die! is making its initial debut on Steam in April. After that, developer Strength in Numbers Studios will be turning its attention to consoles, including a Switch version.

Players can expect a very challenging horror game from Kaet Must Die!, as you’ll die plenty of times. The end goal is to explore hostile environments with enemies who can kill you in a single blow, solve puzzles, and more.

Here’s some additional information and a trailer for Kaet Must Die!:

Designed to be the most brutal, unforgiving game ever made with plenty of jump scares and unlimited deaths thrown in for good measure, Kaet Must Die! is a first-person, horror puzzle game that finds players taking on the role of Kaetheran, a powerful psionicist who has woken up alone in a dark sewer. Stripped of her powers, and surrounded by an army of unholy creatures who have one mission – to kill her – players must help Kaetheran survive through exploration and deciphering clues to solve puzzles, gain new abilities, and unravel the mystery as to why literally everyone and everything wants her to die.

Kaet Must Die! unique features include:
– Brutal Difficulty: Expect to die. A lot. Kaet Must Die! finds players exploring hostile environments filled with enemies around every corner who can kill you with a single touch
– True Horror: Turn up the volume and turn down the lights. Kaet Must Die! will make players jump from their seats as they follow cryptic clues and unravel the mystery as to why everyone wants to kill you
– Darkness and Insanity: Time spent in the safety of the shadows will cause your insanity meter to rise, drawing the attention of the dreaded blood witch Annalinnia
– Challenging Puzzles: Players must pay close attention to their environment, following cryptic clues to solve the game’s many puzzles to proceed. Don’t expect any hand holding or hints