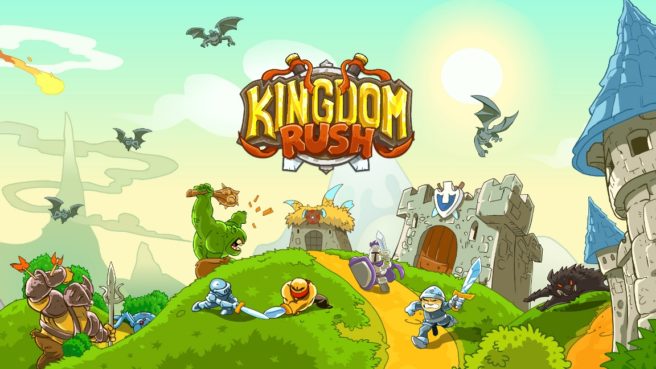 Ironhide Game Studio is bringing the original Kingdom Rush to Switch later this month, an eShop listing reveals. The strategy game is lined up for a July 30 release.

Here’s an overview of Kingdom Rush, along with a trailer:

Travel with us to the distant lands or Linirea and fight on forests, mountains, and wastelands. Customize your defensive strategy with different tower upgrades and specializations.

Rain fire upon your enemies, summon reinforcements, command your troops, recruit elven warriors and face legendary monsters on a quest to save the Kingdom from the forces of darkness.

This remastered version brings back the amazing features of the classic Kingdom Rush with a shiny new tower: The Sunray Tower!

– Epic defense battles that will hook you for hours!
– Command your soldiers and see them engage in hand to hand cartoon battles!
– 9 specialized tower upgrades to customize your strategy! It also includes our newest addition: The sunray
tower!
– Over 18 tower abilities! Have your Sorcerers summon earth elementals and polymorph your enemies!
– Over 50 different enemies, from Goblins to Demons each with their own skills! (Beware of the mountain Trolls!)
– 12 Heroes: Choose your champion to lead your troops to victory!
– Intense boss fights never seen on a defense game!
– Hours of gameplay with over 60 achievements
– Extra game modes that will challenge your tactical skills to the limit.
– High definition awesome illustrated cartoon art!
– In-game encyclopedia with information from your towers and enemies.