Lack-Of-Inspiration Friday: What have YOU been playing? 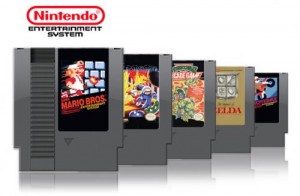 I haven’t done a feature for NintendoEverything in weeks now, and I have no idea why. I’m not sure if it’s because I’ve been busy doing so much OTHER writing (it’s my job, after all!) that by 4PM I’m tired of sitting in front of a computer screen, if it’s because I have nothing to write about, or if it’s due to just a complete lack of inspiration in the realm of video gaming. Whatever the reason is, I figure I need to snap myself out of this rut right this second, and you guys are going to help me! How?

I just want to talk with you guys about video games. Namely, what we’ve all been playing. I’ll start, but basically if we could kick off a discussion in the comments section, maybe I’ll find my inner gamer somewhere between trading sentences. I don’t care whether it’s for a Nintendo system or another system, and I honestly don’t even care if you’d rather chime in with your opinions on another gaming related subject. Let’s just talk, shall we?

For me, I really haven’t been playing all too much. I finally finished up enough of Dead or Alive: Dimensions to get a review done, I’m trudging my way through Ocarina of Time 3D, and I bought some DSiWare tower defence game a few weeks ago. But actually, I wanna talk about Ocarina of Time 3D for a second.

You guys know that feeling where you’re playing a game not because you like playing it, but because you just want to see what happens next in the story, or where the main character goes next on his adventure? That’s sort of how I’m feeling right now in OoT3D. I’m inside the well trying to get the Lens of Truth, and I honestly could not care less for actually playing this mini-temple; I’m just doing it to see what happens next. The problem is that I totally know what happens next, because like most of us, I played this game ten years ago. So what’s my motivation for continuing my playthrough? 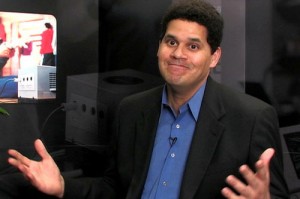 I’m debating stopping my playthrough altogether, but then I remembered that I got this game for free so there’s an overbearing pressure to beat it and get the review out. Like some sort of giant dark monster is watching over my shoulder, and if I don’t do what they say they’ll cut my limbs off and throw me in the basement of Nintendo of America where I’ll be left to rot alongside Jim Sterling and any other journalists who do wrong by Nintendo. The very thought terrifies me.

But basically what I’m getting at here is that I want to ask you all if you have similar experiences with gaming. Do you ever feel like you’re enjoying the idea of playing a game more than actually playing the game? Or that you’re really enjoying the story of a game, rather than the physical act of moving the character and completing actions? If you’re still unsure what I’m saying, I’ll give you another example.

There’s a game for PS3 called ‘Uncharted: Among Thieves’, and it’s a wonderfully awesome tale about a treasure hunter named “Drake”. It’s essentially the “Indiana Jones” of video games. No matter how highly I want to talk about the game, I can’t help but remember in the back of my mind that when it comes down to it, I didn’t really enjoy playing a lot of that game. More than half of it (all of the shooting parts) I was really just doing so I could see the next cutscene or watch the next bit of hilarious dialogue between Drake and his friends. I wasn’t enjoying the game; I was enjoying the movie, if you will. The story and the characters. Not the act of pointing the gun and pulling the trigger. Unlike many Nintendo games (and I feel this is where the big N sets itself apart from the herd), Uncharted would not be fun if there wasn’t a story stringing me along. If there was a “run around and shoot stuff” mode that didn’t have a story context, you wouldn’t catch me dead playing it.

Star Fox, on the other hand? I could play through the levels of that game without story context to absolutely no end. I enjoy the game of Star Fox, not the story of Star Fox. Does the story compliment a game like this or Ocarina of Time? Of course, but it isn’t the focus, which is really the opposite of where the industry as a whole is going, and it sort of explains why I am beginning to dislike a lot of “western” games. There seems to be more a focus on making an interactive movie with “cinematic” moments over making a game that’s fun to play first and fun to watch second (I’m looking at you, Call of Duty).

Not saying there’s anything bad about these cinematic experiences. They just aren’t for me.

Anyway, I got way off topic there, but it did help me clear some things up I think! I apologize for any bad grammar and stuff; this was mostly just to help me gain some inspiration to start writing more. :]

What have you all been playing? 😛