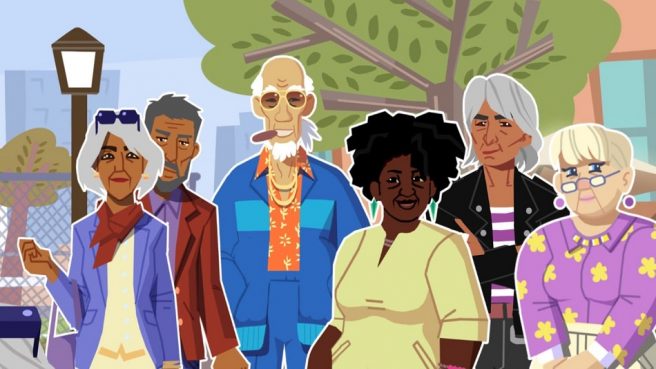 Bloom Digital has announced that Later Daters Part 2 is launching on Switch on October 29. Check out an overview and trailer below.

The sexy senior dating sim Later Daters aims to conquer new (and old) hearts alike and send them over the moon with the launch of Part 2 this October 29th on Switch.

The second installment of the swooning rom-com game features four brand-new episodes filled with laughter, tears, wholesome romance, topped off with a dash of extraordinary adventure.

The alluring adventure picks up following the player’s arrival at the Ye OLDE retirement community in Later Daters: Part 1. Rejoin eight fetching silver foxes as they explore their desires during the sunsets of their lives, with flirting and dating across various intertwining stories and inclusive relationships. Be prepared for a healthy dose of drama as the newfound group of friends and lovers navigate relationship pitfalls and midnight rendezvous. It’s best to keep two feet on the ground… or not, as a fired-up Later Daters: Part 2 promises to take the player to completely new heights.

Spanning several individual chapters, Later Daters: Part 1 and 2 allow players to customize their own look, name, romance history, gender and even choose a pet companion who will accompany them on their journey. The game’s story is about accepting life’s fragile nature and choosing to live boldly, regardless of the circumstances. And, most importantly, that it’s never too late for love.