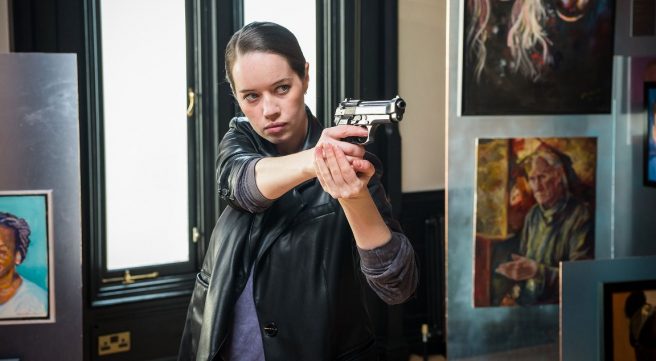 Today, Aviary Studios announced that The Gallery will be releasing on Switch. The live action game will be ready to go this April.

The Gallery, which was filmed over a six week period in February and March of last year, is described as “a thrilling combination of hostage thriller and social drama with a dash of world film festival cinema aesthetic.” It takes place in the time periods of 1981 and 2021, “both of which are of considerable political, social and cultural significance in UK history, cleverly reflected in the nuanced story.” Expect to encounter over 150 decision points.

Here’s a trailer for The Gallery:

The Gallery will be sold digitally for Switch via the eShop. It’ll also actually be appearing in UK cinemas where the audience will play the game by majority decision as part of an immersive and participative interactive experience.