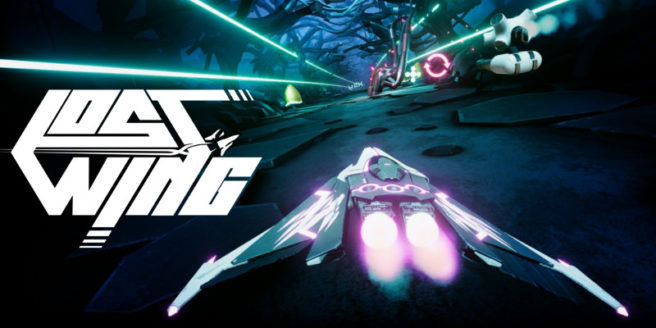 2Awesome Studio and BoxFrog Games have announced Lost Wing. The action-arcade game will be available on Switch later this year.

Here’s some additional information about Lost Wing, along with a trailer:

Storm your way in Lost Wing through brutally challenging environments and destroy the megabosses that await at the end for a chance to top the leaderboards! Featuring a electronic soundtrack, multiple ships and weapons, and ultra-fast gameplay set in a Neon-Scifi atmosphere, Lost Wing is all action.

Destroy, dodge or jump over obstacles, and slow-down time when it’s getting a little too close for comfort – just get ready for when the world goes for a spin! Each track is procedurally generated so you will need quick reaction times and super-fast decision making to make it. Feel the adrenaline rush and get ready for just one more try!