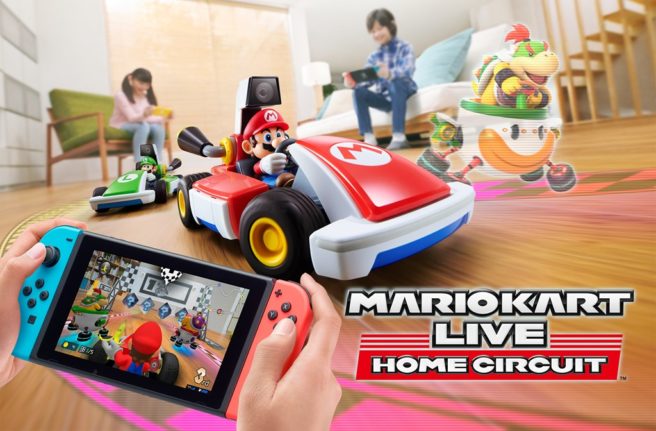 Just a short while ago, Mario Kart Live: Home Circuit was announced for Switch. Velan Studios has now sent out an official announcement, which you can read up on below.

“We are thrilled to partner with Velan Studios for Mario Kart Live: Home Circuit,” said Tom Prata, Nintendo of America’s Executive Vice President of Strategic Initiatives. “Through this collaboration, we are providing fans with a one-of-a-kind, interactive experience that is only available on the Nintendo Switch family of systems.”

Velan Studios is building on the legacy of its founders Karthik and Guha Bala and their core team, renowned for their innovations in fusing toys with interactive game experiences.

“Our mission at Velan is to create breakthrough games that are magic,” said Karthik Bala, CEO, Velan Studios. “We invented the initial mixed reality hardware and game prototype to really nail the exhilaration of racing in the real world with the play and feel of a video game. We showed the experience to Nintendo and were thrilled they saw its potential. That started a wonderful multi-year creative collaboration, which became Mario Kart Live: Home Circuit. We can’t wait to see the creative ways fans play when they race around their own creations as Mario and Luigi.”

To learn more about Mario Kart Live: Home Circuit, visit https://www.nintendo.com/. The game will be released by Nintendo worldwide on October 16, 2020.