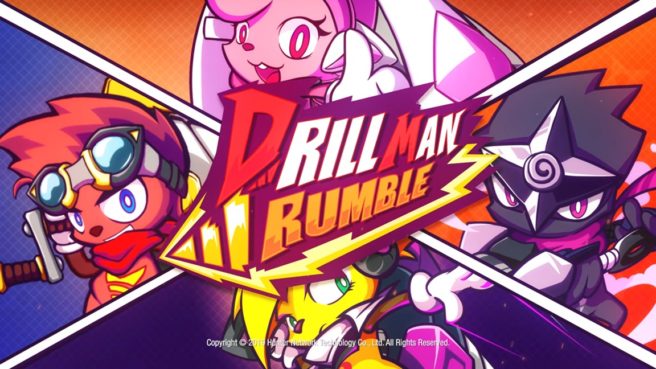 Publisher Another Indie and developer Hunter Studio have announced Drill Man Rumble, a new melee action game. It will launch on 2020.

We have the following overview and trailer for Drill Man Rumble:

Drill Man Rumble is Drill-static melee action game plethora of unique drills, a bunch of crazy bonny drill hunters even some fearsome drill-agons to ride. But never forget, one hit and you’re DONE!

Take on other drill hunters in an adrenaline-pumping Arena Mode for up to 4 players.
Unlock the secrets of the drill in a Story Campaign and bring a friend along!
Get rich in the endless Bounty Mode and hunt down the richest player to fill your coffers.
Take your drill abilities to the next level in hardcore platforming levels!
Create your devilish maps with the Online Map Editor.

Drill Man Rumble will initially launch in early 2020, followed by Switch later on. Those attending PAX East 2020 can try out the game at Another Indie’s booth (#30051).