Merchant of the Skies update out now, patch notes 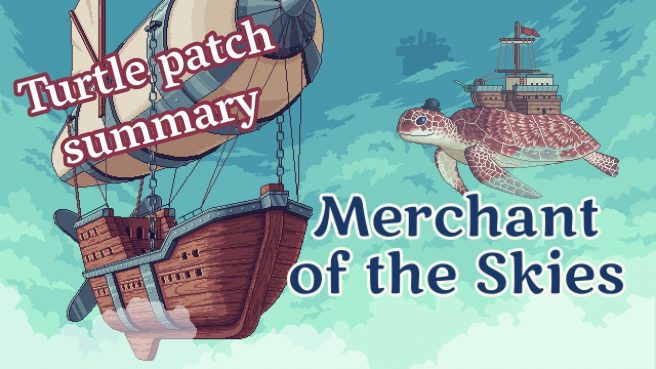 Merchant of the Skies, the trading game for Switch with light base-building and tycoon elements, was recently updated. It features a new turtle shop, fixes, and more.

– New ship: Turtle ship added
– New major feature: Building limits added: set the max production limits to avoid flooding your storages with goods you don’t need
– Portuguese (Brazil) language support added
– Fixed a bug when the game would freeze after you tried to take a look at caravan inventory in the caravan office
– Fixed a bug when you could spawn infinite items when unloading stuff from caravan
– Fixed a bug when caravans would freeze after toggling repeat: on at the caravan that reached its goal
– Cancel button now closes quest window (“B” key on both Nintendo Switch/Xbox gamepads)
– Caravan window will now be scrolling properly with gamepad

We’ve included a video outlining the new update in greater detail below.

Merchant of the Skies is currently available for Switch on the eShop.