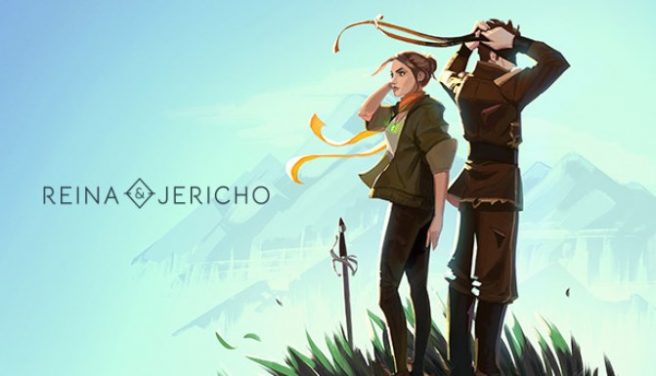 Reclamation Games today revealed Reina & Jericho, a heartfelt Metroidvania title that follows a woman’s time bending journey to save the love of her life. A release is planned for Q2 2021 on Switch.

We have the following overview and trailer for Reina & Jericho:

Driven by revenge, love, and loss, Reina emerges from the ruins of a crumbling nation to rescue Jericho. Without power, status, or money, Reina must challenge a dangerous despot seeking to secure his reign of terror with a coveted ancient artifact that manipulates cause and effect. Jericho’s life is on the line, and Reina must fight her way through a mysterious fortress where she will face her greatest fears over and over again.

Fight for the future as Reina and Jericho’s young heroine, then double back to the past to right any wrongs. Gather new power-ups that synergize with one another to enhance Reina’s fighting ability, and unravel the traps laid out against Reina to create the perfect chain of cause and effect. Slice through enemies as Reina faces off against bosses wielding supernatural artifacts and the well-armed henchmen of a failing state.

Multiple endings leave Jericho’s fate in the player’s hands. Through Reina’s regret and rage, evaluate what paths lead to dead ends before revisiting the past to start another. Unravel the mystery of Jericho’s disappearance, learn who to trust along the way, and discover who can be saved and who must die for Jericho to be saved.

Three ways to adventure provide endless replayability as Reina and Jericho features a gripping Story Mode, a specialized Speedrun mode, and a built-in Randomizer option that scrambles rooms, items and beyond to create a unique adventure every time. An emotive soundtrack featuring touching live recordings paints the painful tale of Reina and Jericho, highlighted by stylized environments, intense gameplay, and a story that transcends time.

Reina & Jericho will cost $19.99 on the Switch eShop. It will support English language text only.