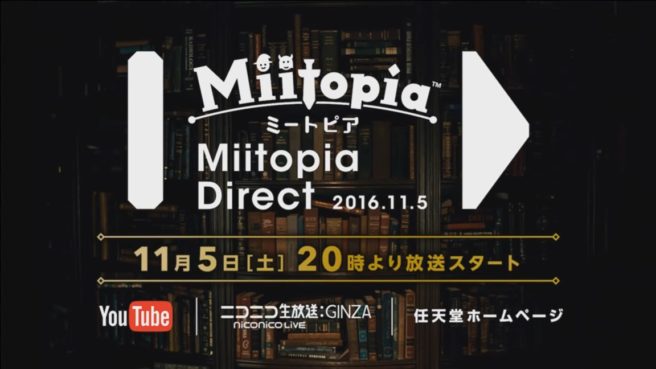 Nintendo briefly touched on Miitopia during today’s Japanese Animal Crossing Direct. In it, we finally know that the game is heading to Japan on December 8. A special Nintendo Direct will also be held on November 5.

Miitopia is said to be an adventure story by players and who they choose. Actor Ryunosuke Kamiki delivered the news.