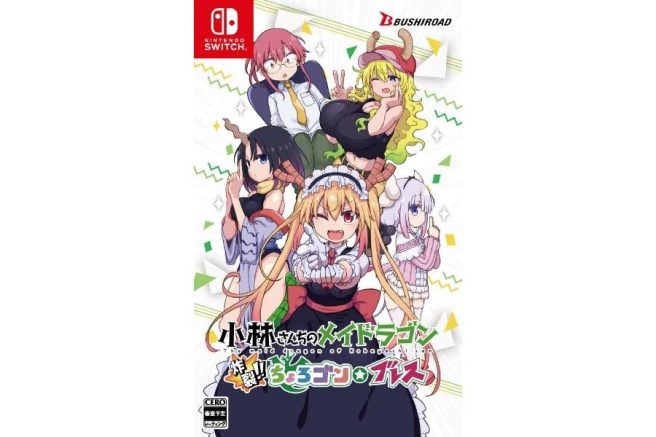 Over in Japan, publisher Bushiroad and developer Kaminari Games have set a release date for Miss Kobayashi’s Dragon Maid: Burst Forth!! Choro-gon Breath. The game is now confirmed for a March 24, 2022 release.

Miss Kobayashi’s Dragon Maid: Burst Forth!! Choro-gon Breath will also be releasing in English at some point. However, a specific date for the west has not been announced.

Tohru is a dragon girl who invites herself to live with Miss Kobayashi in her apartment as her maid. Despite looking down on humans, she loves Miss Kobayashi, so she diligently waits on her every day. But she tends be a bit off…

This is a comedy about a single, overworked office lady and her no-good dragon maid’s unusual everyday life.

Miss Kobayashi received an e-mail reading, “I have something I want to show everyone.”

Upon visiting Takiya’s house with Tohru, Kanna, Elma, and Lucoa, they get swallowed up by a cursed computer… and before they knew it were all trapped inside the computer!

To escape from the computer, they must work together to clear all the games on the computer!

Play as Tohru, Kanna, and Elma! The dragon girls will talk amongst each other during the game, and Miss Kobayashi will offer warm (?) words of support…

As you build up the D Gauge (Dragon Gauge), you will be able to transform into a dragon and wipe out enemies with “Choro-gon Breath.” Use it to send swarms of enemies flying! Also, by meeting specific requirements, you can activate “Gekirin Spark,” which makes you sexier and stronger.

There are five total newly written endings that you can unlock based on your clear score.

“Memory Fragments” can be obtained through repeated play. The game features over 30 illustrations by popular illustrators and the original illustrator Coolkyousinnjya. Furthermore, you can listen to newly written mini dramas that provide a glimpse into Tohru and friends’ everyday life.

Miss Kobayashi’s Dragon Maid: Burst Forth!! Choro-gon Breath will have a limited edition in Japan. Copies include a special box, guidebook, and Weiß Schwarz PR card.