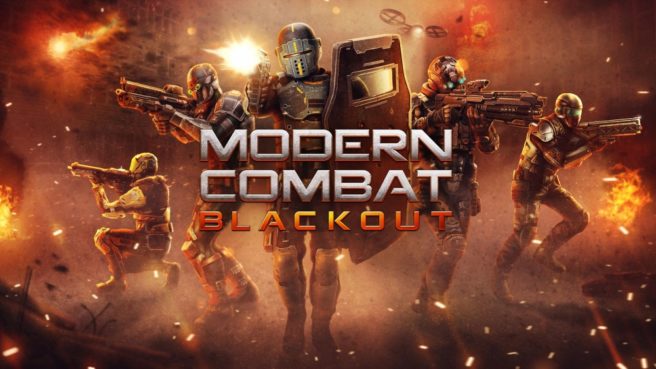 Gameloft will be bringing its military first-person shooter Modern Combat Blackout to Switch on February 14, listings on the eShops reveal. This news applies to all major regions – North America, Europe, and Japan.

Here’s an overview from the eShop listing:

Jump into the crossfire as the latest Modern Combat raises the bar for FPS action on Nintendo Switch!

Pick from 9 customizable classes and fight around the world in thrilling 12-player online battles, or in the engaging offline story mode. Find friends and join a squad that fights together, or go it alone like a true commando. However you play, you’ll unlock potent new skills and a variety of gear as you progress.

• Up to 12 players can deploy for simultaneous battle.

• Take the fight to 9 unique maps, from the gorgeous canals of Venice to the neon streets of Tokyo.

• Rise to the top of the Player and Squad Leaderboards.

• Fast-paced story missions with various challenges taking you from Tokyo to Venice.

• Flawless graphics and music, optimized specifically for the Nintendo Switch, with voice performances seamlessly integrated into each cutscene.

• Choose from 9 customizable classes that you can level up across single- and multiplayer modes.

• Attach Trinkets to your weapons to add personal flair.

• Choose a camo design for your gear to have a unique presence on the battlefield.

• Intuitive, highly customizable controls allow you to play just the way you want.

• Accumulate XP and level up by playing both single-player missions and multiplayer matches.

• Unlock new weapons as you master your initial arsenal.

• Customize the perfect weapon using a host of attachments.

Modern Combat Blackout will cost $19.99 on the Switch eShop.