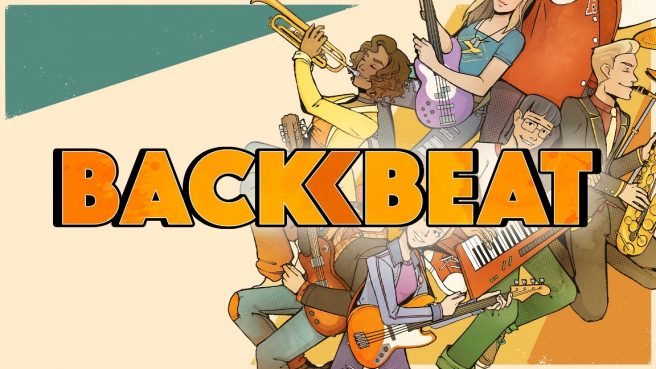 Ichigoichie, the developer behind Hexagroove, announced this week that it’s planning Backbeat for Switch. This is the first confirmation that the multilinear time-based puzzle/strategy game will be appearing on Nintendo’s system.

Here’s an overview of the premise:

Stephanie “Watts” Watson, an aspiring bassist, bounced from audition to audition never finding music that really resonated with her, that is, until she discovered the magic of funk. Caught up in the groove, she recruits a group of hometown amateurs to take on art school darlings La Tormenta at the Battle of the Bands.

Backbeat has over 40 levels to guide Watts and her friends through “in their pursuit to break free from monotony and achieve stardom.” It features rewindable and multilinear beat-based environment puzzles, player-controlled songs created from their movement choices, and real life jam band music rules and tricks that can maximize their score. It’s also possible to unlock new music, tricks, and locales.

We have more information about how the gameplay works below.

Each character in your band moves through the map in different ways, encountering unique solutions and obstacles. Advancing a character consumes a turn and part of the timeline, setting up interactions with other characters and enemies at different points in time. Rewinding a turn undoes your move, allowing you to find improved solutions and new ways to tackle problems.

Manipulate each character separately, rewinding or fast-forwarding along the timeline in the process to reach her current point in time. Changes in time are reflected in the progress and actions both past and present of each character, creating some possibilities and removing others.

Each character has his own resource-limited super move which can be triggered under certain conditions. Tip toe through tight spaces with your bassist, slide through guards with your keytar player, break through walls with your drummer, or blow enemies out of the way with your mighty super sax. Strategic use of your super moves increase the number of solutions to each puzzle and are the key in gaining a maximum score.

Four resource-based musical metrics govern how and when you can move and interact with objects in the levels. These can completely block progress if used inefficiently, and create amazing musical chains and high scores when regulated artfully.

And here’s a trailer for Backbeat:

Backbeat is targeting launch for later in 2022. Stay tuned for a final release date, which we’ll share as soon as we have it.