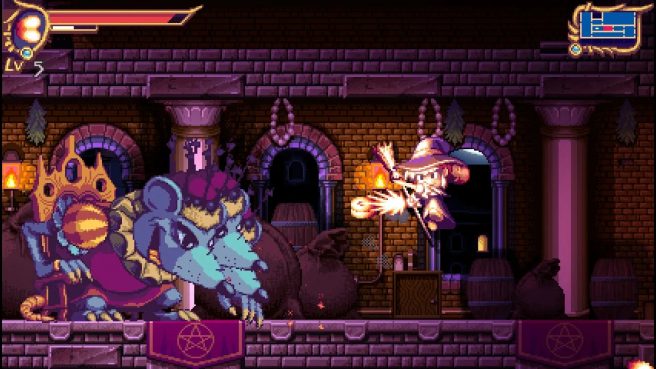 Mystik Belle is returning on Switch as part of a new Enchanted Edition, an eShop listing reveals.

Mystik Belle, a Metroidvania/point-and-click adventure hybrid, first released in 2015. WayForward then brought the game to consoles a couple of years later.

Being a student of mystical arts is hard work, doubly so if you are Belle MacFae – a freshman student at Hagmore School of Magic. The teachers and the staff are mean, her friends are few, and her grades suck. Worst of all – Belle has a tendency to be at exactly the wrong place at exactly the worst of times. Like tonight, for example, when she stayed up late to practice her fire magic, but instead got framed for upsetting an ancient ritual. And what better way is there to punish an unlucky first-year student, than to charge her with an impossible task on the worst night of the year? Re-create the Walpurgisnacht Brew, or be expelled, and with all manner of spooks taking over the school, expulsion is starting to sound better by the minute.

Explore the haunted halls and spooky dungeons of Hagmore, while solving inventory puzzles and interacting with fellow students and other residents.

View a trailer for Mystik Belle Enchanted Edition below.

Mystik Belle Enchanted Edition, which is currently up on the Switch eShop for pre-order, is due out on September 9 for $19.99. It will support English and Russian language options.