Narrative-based game Death and Taxes releasing on Switch in September 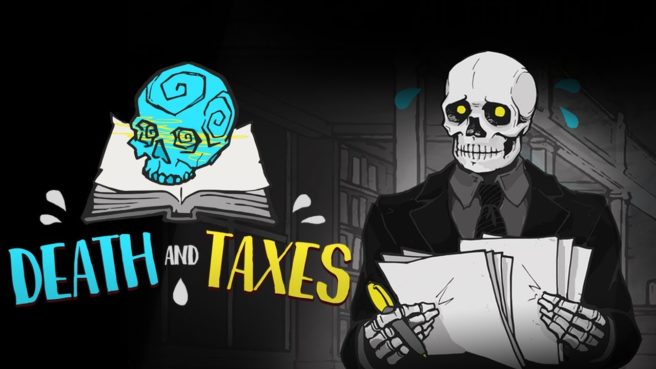 Pineapple Works has teamed up with Placeholder Gameworks to bring Death and Taxes to Switch, the company has announced. The narrative-based game will launch on September 10. It will be sold digitally via the eShop.

Here’s an overview of Death and Taxes, along with a trailer:

In this narrative-based game, you take the role of the Grim Reaper… on an office job. Your job is to decide which people are going to live or die. Your choices will affect the world around you. Keep the chaos away or foil plots to destroy the world and rise through the ranks of Reapers all the way up to MIDDLE-MANAGEMENT, wow!

The consequences of your choices are yours to bear, while the mystery of your incarnation awaits revelation!

Things to do in the game:

– Have a.. totally normal.. office job
– Talk to your boss
– Get monies
– Buy stuff from Mortimer’s Plunder Emporium(?)
– Decorate your desk
– Do some paperwork
– Pet the cat??
– Stare in the mirror and talk to yourself
– Don’t let the existential dread set in
– DONT LET IT SET IN (ONLY THE FATE OF HUMANKIND IS IN YOUR HANDS, IT’S 100% OK)
– Listen to that one really catchy tune in the elevator