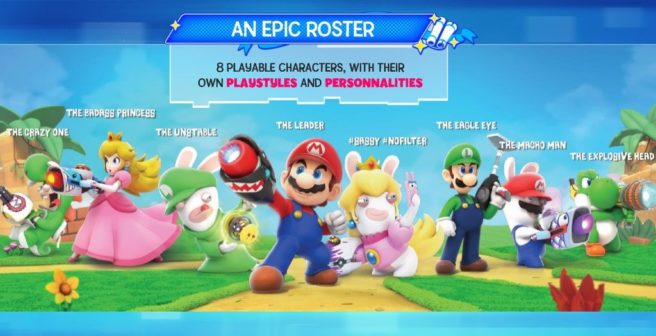 Nintendo World Report has got its hands on new leaked details (and related images) pertaining to Mario + Rabbids Kingdom Battle. We’ve rounded up the latest news below.

– Out this summer
– RPG that mixes exploration and turn-based combat
– The exploration is estimated at 35% of the game
– Combat makes up 65%
– Each of the four worlds are “twisted” Mario worlds filled with references
– Combat is weapon-based
– Mario and company can use guns for the first time
– 8 different characters can be used: Mario, Luigi, Peach, Yoshi, and Rabbids dressed up as each of them
– Combat is described as more tactical
– More akin to a strategy RPG than what you might expect from a Mario RPG
– Can be played in co-op for two players as well
– Ubisoft appears to be publishing
– Estimated to be 20 hours long
– Again, runs on Ubisoft’s Snowdrop engine
– Ubisoft Paris and Milan developing
– The goal of Mario + Rabbids: Kingdom Battle was to be a surprise announcement at E3 that came out shortly after the announcement
– Still due out in August or September 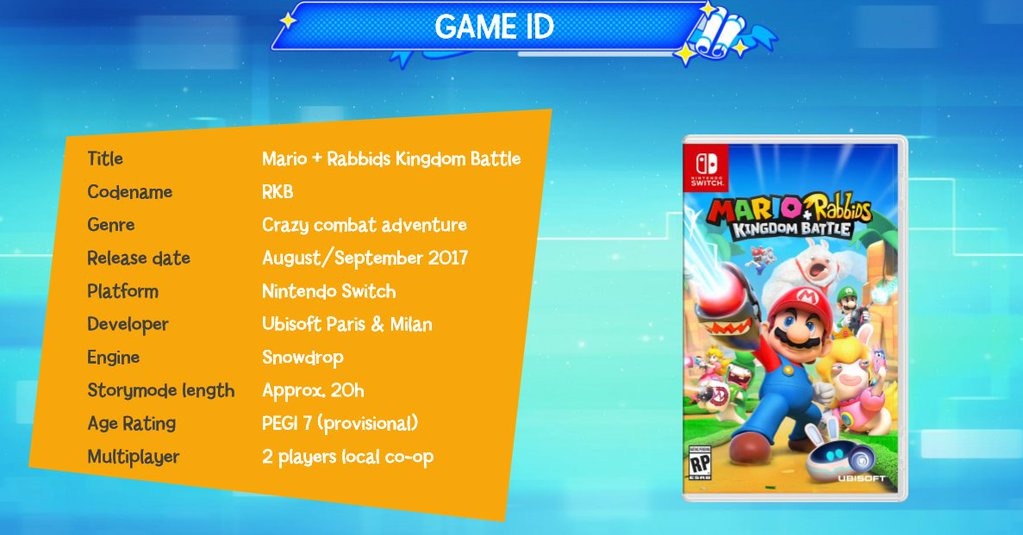