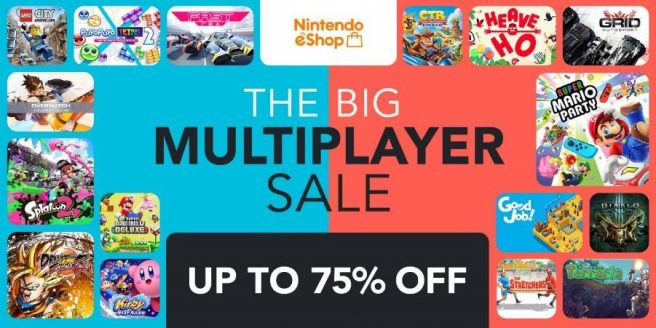 A new “Big Multiplayer Sale” will be kicking off on the European Switch eShop tomorrow, Nintendo has announced. Over 190 titles will be included such as Splatoon 2, Super Mario Party, New Super Mario Bros. U Deluxe, Puyo Puyo Tetris 2, and Streets of Rage 4.

Here are the full highlights shared by Nintendo:

Based on Nintendo’s graphic, other games like Kirby Star Allies, Good Job!, and The Stretchers will be included.