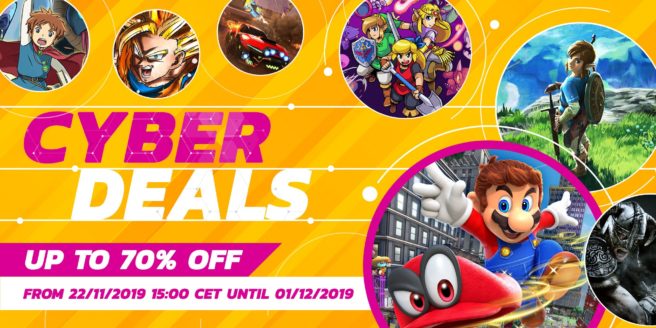 In the leadup to Black Friday 2019, Nintendo has announced one of the biggest eShop sales of the year with a new Cyber Deals promotion for Europe. It will run between November 22 at 15:00 CET until December 1 at 23:59 local time on December 1.

A number of games will be featured, including Zelda: Breath of the Wild and Super Mario Odyssey. Also, for Nintendo Switch Online members, the Nintendo Entertainment System Controllers from My Nintendo Store will be available for 20 percent off.

Here’s a look at some of the titles that will be available at discounted prices during the sale: