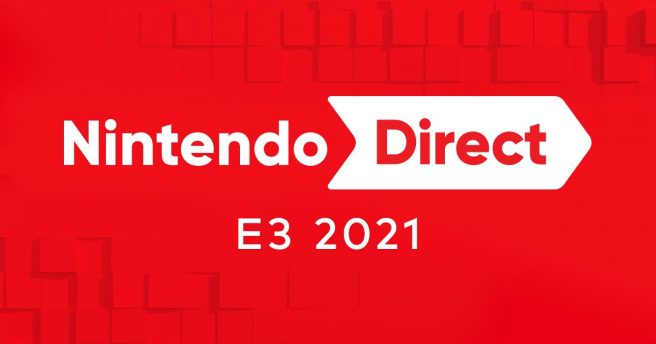 Nintendo has shared a press release recapping all of the major news from today’s E3 2021 Nintendo Direct reaction. Continue on below for the full announcement.

During its nearly 40-minute E3 2021 Nintendo Direct video presentation, Nintendo spotlighted a wide variety of new games coming to the Nintendo Switch system – with many launching this year! Announcements include Metroid Dread, the first 2D Metroid game starring bounty hunter Samus Aran with a new story in 19 years; Mario Party Superstars, a new game in the Mario Party series featuring classic boards from the Nintendo 64 era and a collection of minigames from across the series; Advance Wars 1+2: Re-Boot Camp, which includes the first two Advance Wars games rebuilt from the ground up; WarioWare: Get It Together!, the newest game in the frenetic and humorous WarioWare series; and Game & Watch: The Legend of Zelda, which is inspired by Game & Watch systems and features three of the earliest games in the Legend of Zelda series.

In addition, the next DLC fighter in the Super Smash Bros. Ultimate Fighters Pass Vol. 2* was revealed as Kazuya Mishima from the TEKKEN series. The debut of a new teaser for the sequel to The Legend of Zelda: Breath of the Wild also premiered during the Nintendo Direct presentation, showing off gameplay and a new world high above the kingdom of Hyrule.

A slate of exciting games from development and publishing partners were also featured, including Mario + Rabbids Sparks of Hope from Ubisoft, a sequel to the hit game Mario + Rabbids Kingdom Battle; Shin Megami Tensei V from Atlus, the next entry in the acclaimed Shin Megami Tensei role-playing series; and three games in the Life is Strange series from SQUARE ENIX, including the latest game Life is Strange: True Colors.

“With Nintendo Switch now in its fifth year, we have a diverse software lineup from Nintendo, as well as our development and publishing partners, including new games announced in this Nintendo Direct,” said Nick Chavez, Nintendo of America’s Senior Vice President of Sales and Marketing. “We hope players of all kinds – even those who have yet to play Nintendo Switch – will find games they’ll enjoy.”

To view the Nintendo Direct video in its entirety, visit https://www.nintendo.com/e3/. Check below to learn more about announcements from the E3 Nintendo Direct: