Nintendo discusses the number of annual playing users on Switch 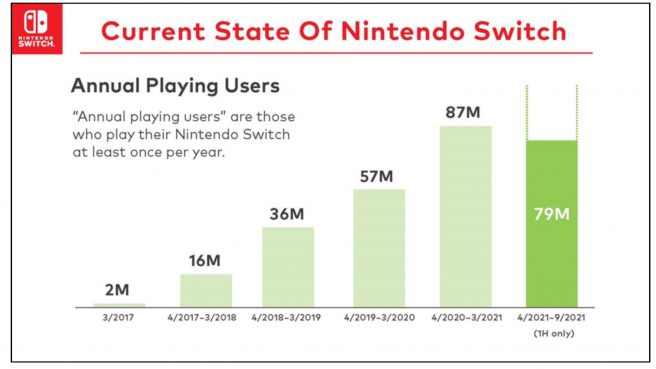 During a briefing pertaining to its financial results today, Nintendo president Shuntaro Furukawa highlighted the number of annual playing users on Switch.

As shown above, there’s been a steady rise since the console first launched in 2017. Last year climbed to its highest point. For this year, Nintendo is on track to set another record.

Below are the full comments from Furukawa: